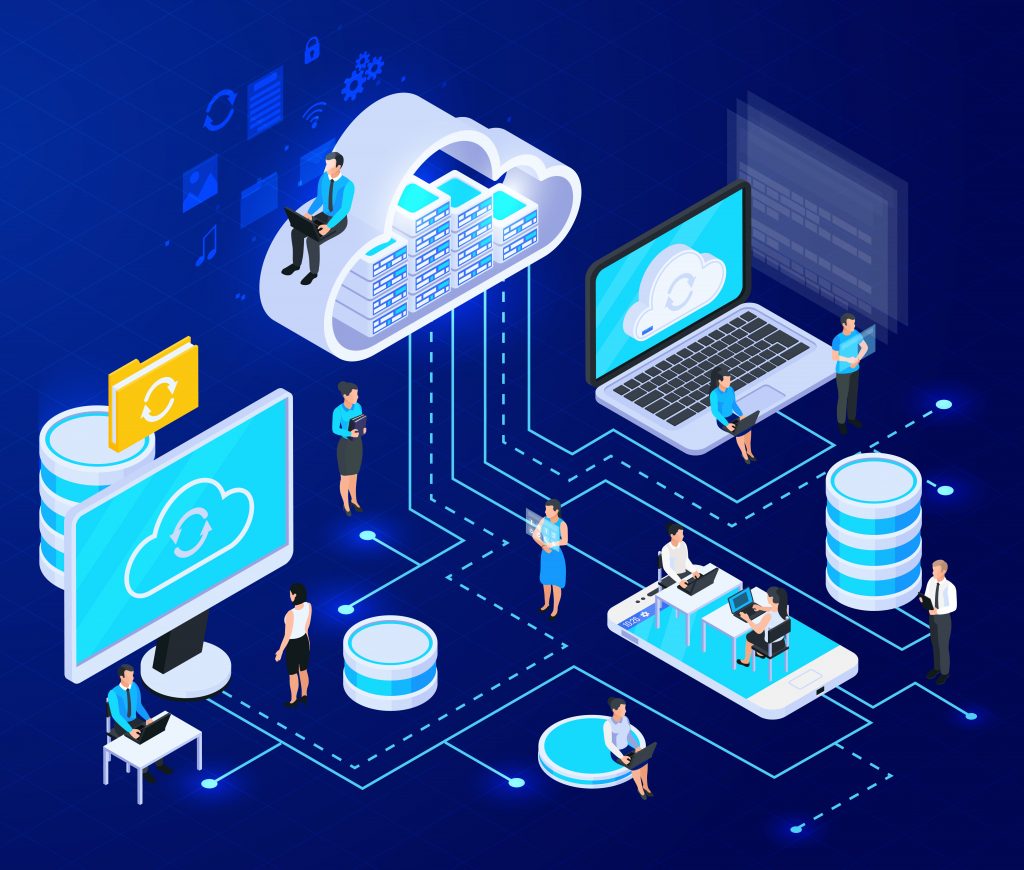 The health crisis has taken over the entire world and cloud trends are developing and no one had expected that the cloud demand would surge in a matter of 6 months that couldn’t happen over the years from when it was launched. Nothing can take over its significance to its revolutionized changes as that has a crucial role in the digital transformation.

Due to the circumstance, a nearly 40% hike in the employees working full time has shifted their paradigm to remote working. Thus, the workload is migrating to the public cloud leading to a surge in cloud infrastructure to have an annual expenditure of $81 billion by the year 2022.

So the IT infrastructure with the cloud is bound to mark the observed trends in today’s date.

How we accessed the data earlier was a mess. The cloud made it easier to know how the data is optimized to access now and especially allowing huge data storage.

There is a concept called data gravity which means the large quantity of data tends to attract new applications and services because of its gravitational pull within the system.  So the loophole to the cloud systems that limit the company is that its paid charges in exporting while the importing is entirely free.

In turn, this is leading the firms to build their leap cloud bases to waive off the charges and more importantly to keep all the data in the cloud rather than multiples of it.  Since there is a need for accessing data in the cloud, the cost may eventually increase for obtaining the services.

The remote working condition made the user jump to the cloud for high engineering data management. The use of cloud services, in turn, expanded the services in the public cloud. So, the advancements refer to the capabilities of the CPU to provide the workers to carry high rendering visuals.  And at the same time when there is a shift of the workers to this platform the need for security increases too, wherein the employers are prompted to access after verification.

Now if the data is going to be on the cloud then it calls for security of the same and it leads the cloud system to shift from zero security initiation to the full secured platform for the data.

When the traditional technology Intel 86 architecture started it did revolutionize the era but presently Apple’s M1 came with a new invention where the entire computer system resides in a single chip leading to a cut-down of money in the separate systems. On the other end with head-to-head competition, amazon came up with Graviton 2 that had a cloud-based architecture with 64-bit claims to give a higher performance rate to operate the workloads on a cloud and is the most interesting and leading point of cloud trends.

That’s an example of how the developments in technology can in turn lead to the use of the cloud system for the efficiency of how the data is well optimized to access.

These days most firms rely on server less computing as that could reduce the chances of equipping the hardware and concentrate on coding but the cloud trends are in demand anyway. Hence giving the cloud providers to work on the servers and advance the way they operate to enhance the cloud system.

As system computing is prone to grow, it becomes easier for the IT sectors to learn and use the technique to develop, test, and secure.

The build of effective tools can further allow the use of AI and MI workloads on the clouds thus cutting down the cost to a larger extent. Thus giving better performance at minimum cost by using MI and AI for application development can’t be any easier than the cloud environment. On the other hand, there is no negative about the miracles of what AI and MI can do with the data. The companies able to work on the cloud using this in their development can do a lot of good that can’t be imagined. And that’s when the cloud will gain its next attention.

The progress of the cloud just took a leap since last year and that’s a potential of it at this moment but as the inevitable situation comes through us this technology is prone to grow to make life easier for the IT sectors and all the remote workers to grow fully, the cloud may need developments to grow over the years, yet the current improvement has significantly helped the consumers to accustom themselves well in the remote working environment as a first step towards the progress and will leave its mark to look back stunned about how it all started.